The reason for this complexity is down to the way MS affects the body of the unfortunate MSer.

MS has many definitions and descriptions. And, unfortunately, most of them are correct.

These are just a few of the ways you will find multiple sclerosis being described. And, as previously intimated, they are all accurate and correct.

Myelin is a fatty, protection for the nerves in the brain and the spinal cord. As the protective sheath breaks down, the nerve signal, being carried by the nerves, are disrupted or blocked.

This interruption to the normal flow of nerve signals will cause all of the symptoms the poor MSer will suffer.

Of all the articles published on the Web pertaining to the early signs of multiple sclerosis, there is an agreement that one of the most common first symptoms of MS is a loss of visual clarity.

I, personally, do not rank this as one of my early multiple sclerosis symptoms, because my first experience of MS was another of the common first symptoms.

The recollection of early signs of multiple sclerosis

I still recall finishing work one evening and as I was preparing to depart, I grasped my briefcase to take it with me to the car. I stood to lift the briefcase and it stayed stuck to the floor, so I tried again.

My hand had closed around the briefcase handle but, each time I tried to lift it, my hand opened to release the handle. I couldn’t hold my hand closed.

The following day, the briefcase incident was forgotten, I jumped into the car to drive to the local shops to purchase a sandwich for my lunch. It was a fine sunny day, which was fortunate, and I parked up opposite the sandwich shop.

As I started to cross the road, my legs turned to jelly, and I sank to the ground, in the middle of the street. Tentatively, I regained my footing and continued to the shop. Somewhat embarrassed, I bought my lunch and returned to the office. Only then, did I take the time to consider what had happened?

Now I knew that multiple sclerosis was a possibility. No, I wasn’t being a hypochondriac, my mother already had MS.

This all happened a long time before writing this article so, my recollection of some of the events is very sketchy. But, that, of course, is another MS symptom.

So, I now have my early signs of multiple sclerosis:

I must have consulted a local GP because I managed to get an appointment with Mr Coleman the neurologist at the Aberdeen Royal Infirmary.

At this time I was working from Aberdeen but, my regular GP was still in my home town of Lochgelly.

However, Mr Coleman must have taken me seriously because very quickly he had arranged a lumbar puncture and an MRI scan. In the same afternoon. An unheard-of phenomenon in today’s NHS.

Importantly, because this was my first episode, he didn’t diagnose multiple sclerosis. I understood that I needed multiple episodes before a diagnosis could be confirmed.

But, I now think that multiple lesions would be enough to confirm the condition. I was shown the scan and had the shadowing pointed out to me. I was not well-versed in comprehending MRI scans so I don’t know if I was looking at a single lesion or multiple lesions.

It would be another 5 years before my diagnosis of MS would be formally confirmed.

I continued to work from our Aberdeen office for the next year or two until the management decided we needed a new more centrally-located office in Scotland.

This became my project. Finding and overseeing the move to new premises. It was a busy and exciting time but, with hindsight, a time that would accelerate my MS progression.

So, for several months, I was kept very busy. Emptying the Aberdeen warehouse in preparation for ending our tenancy and moving the equipment to storage. Viewing several potential new properties in the Dunfermline area. This was handy because I lived only a few miles away. Interviewing candidates for three new position that had been created to meet our growth expectations.

Having selected a new property, we had to move all the computer equipment from storage into the new building and onto newly assembled industrial racking. Guess who assembled it.

And, just in case I wasn’t busy enough, I decorated the new offices.

It was a hectic time, and I loved my job. However, there would be ramifications, I just didn’t know it.

This busy period continued for a couple of years with me driving all around the country, seeing our new engineers and visiting customers.

And then, the company fell on hard times. The new young engineers were let go, the office was let go and I ended up working from home.

It was around this time that MS reared its head again. This time my vision was the victim. I developed severe double vision or diplopia and had to start wearing an eye-patch to control nausea that came with the double-vision.

My GP, after consulting with a neurologist, prescribed prednisone to try and counteract the vision problems. This was a powerful steroid administered over a very short period of time.

I firmly believe that this hectic period played a very large part in my developing multiple sclerosis.

The preceding text has been a very verbose introduction to the early signs of multiple sclerosis. However, I felt it was necessary to give some context to the early progression of the disease.

So, in a bid to take a break from the longwindedness, we shall bring an abbreciated list of symptoms as provided by Medical News Today.

Multiple Sclerosis is unpredictable. MS symptoms can affect any part of the body, to any degree. Some individuals can have benign MS with no perceivable symptoms to the other extreme where patients can be completely paralysed.

It is not surprising, every bodily function is controlled by the brain via a complex network of nerves. So, when MS attacks the myelin, surrounding our nerves, any or all of these bodily functions can be impaired.

Vision is often one of the functions to suffer first. The main reason for the loss of visual ability occurs when the optic nerve becomes inflamed. This is as a result of MS disease activity damaging the myelin around the optic nerve. The optic nerve is an integral part of the central nervous system (CNS) and is a prime target for this autoimmune disease.

Although it wasn’t one of mine, vision problems are often one of the early signs of multiple sclerosis.

MS affects the nerves in the brain and spine and can disrupt the normal flow of nerve signals. One of the symptoms that may result from these disrupted signals is numbness or tingling in one’s extremities. The hands and arms or the feet and legs.

I, personally, have had numbness in my hands for years.

Furthermore, I used to get severe numbness in my cheeks and chin. This appears to have abated for the moment.

But, in very extreme cases, acute pain can be felt in the face. I have never experienced this, trigeminal neuralgia, myself. For which, I am very grateful. It is reported to be one of the most intense forms of pain known to medical science.

One study, according to the National MS Society, showed that half of the people with MS had chronic pain. The prevalence of this exacerbation makes psin one of the early signs of multiple sclerosis.

Muscle stiffness and muscle spasticity occur a lot, in people with multiple sclerosis.

Additionally, you may experience uncontrollable jerking in your extremities. Often in the legs, this form of spasticity may be called myoclonic jerk.

Again, personally, I get these myoclonic jerks almost every night, when I am trying to go to sleep.

Coordination problems occur when you lose your sense of spatial awareness. As your MS advances, your balance retreats.

I am lucky, I have had multiple sclerosis for a long time and I can still walk. Albeit with very limited range. I am fine ambling around the house. But, if I venture further afield, I must use my powered wheelchair or my mobility scooter.

Recently, I experienced a new symptom: severe vertigo. Many people with MS experience occasional dizziness or lightheadedness. Vertigo is when your world starts spinning around.

My vertigo episode came on without warning. I had been sitting at my desk, probably for too long. On standing to go back into the house for a cup of tea, my head started reeling. I stood for a moment, holding my chair, waiting for it to pass. But, it got worse. I had to sit down again and hold my head in my hands for a good five or ten minutes before it began to subside.

Eventually, I plucked up the courage to try again. I managed to walk the five or ten steps to the kitchen and had to sit again because my head had started spinning again. This required me to sit with my head in my hands for another 10 minutes, hoping that I wouldn’t vomit.

Both spells of vertigo had been accompanied by terrible nausea.

Finally, the dizziness came to an end. And it has never recurred. This had been a very scary episode but, touch wood, it has been a one-off incident.

Up to 80% of people with MS have a dysfunctional bladder. And, yes, I am one of the 80%. This is characterised as frequent micturition or the need to urinate frequently. It also results in frequent accidents because one cannot hold water. Yes, one wets one’s self.

Apparently, less often, people with MS experience constipation, diarrhoea, or loss of bowel control. Sometimes, a lack of muscle control can cause difficulty evacuating the bowel.

Nearly half of MS patients will go on to develop cognitive problems. Cognition is the mental action or process of acquiring knowledge and understanding through thought, experience, and the senses. See also: perception, discernment, awareness, apprehension and learning.

In MS, the cognitive problems could be poor memory, inability to concentrate or language difficulties.

Once upon a time, I considered myself to be a well-educated, eloquent-speaking, intelligent person. Sadly, since the onset and progression of multiple sclerosis, I have had to reconsider this opinion. I am now a mumbling, bumbling imbecile.

The pressure of living with multiple sclerosis is very likely to have a negative impact on your emotional wellness. It is very important for your mental health, not to dwell on your disabilities. Focus on your abilities because you still possess these, albeit, they have probably changed. 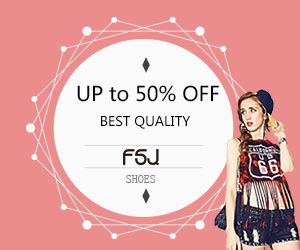 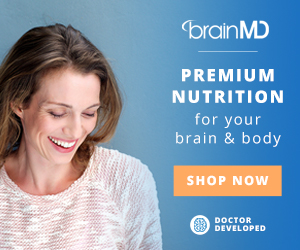