You may be forgiven for wondering what Afghanistan history has got to do with multiple sclerosis. And on the surface, it has got nothing to do with MS. But, I am an MSer and i find history fascinating and it helps me fight my brain fog. By trying to understand what is going on in the world.

Afghanistan has been the scene of conflict for many years and the reason is far from being obvious. Many foreign powers have attempted to settle their perceived problems with the country. But, these attempts have all failed and all military involvement had proved to be a costly exercise.

In recent years, the Russians were the first to become involved. But, was this Russian Rescue or Invasion? Rodric Braithwaite is a historian and former ambassador to Moscow, he tells of the Afghan fears.

Surprisingly, under the leadership of President Nur Mohammad Taraki the Afghans ran a communist revolution. Having adopted the ideology from the Soviets.

However, Afghanistan has not always been a war zone. Back in the 60s, at the height of the flower power movement. Istalif was a much-loved escape for the hippies.

The Russians were out of Afghanistan which left the way clear for the meddling Britiish to have a poke around. To get a feel for the layout and general feeling of the Afghan people. Alexander Burnes was dispatched to reconnoitre the situation.

Needless to say, the British weren’t really welcomed with open arms. The inevitable fighting culminated in the Battle of Maiwand.where the Britsh ass was well kicked.

The British government would have liked to cover up the extent of the tragedy of Khord Kabul. But, it was not to be. Almost every last grisly detail was immortalised in the best selling diaries. Of Lady Sale, wife of one of the senior officers in the Kabul Army.

The British were not the first foreign power to retreat from Afghanistan. The final British surrender came after tha massacre in the Jaws of Hell.

King Amanullah assumed the throne after the Russian allied King Abdur Rahman was deposed. Both ht e British and the Americans were involved in negotiating his position.

The American involvement in Afghanistan was not without a certain amount of covert action,. And, on the British side by an embarrassing Sepoy rebellion in India.

The defeat in Afghanistan was followed by the expert post mortem as detailed by Professor Akbar Ahmed. The Afghan in London.

However, just before the defeat of the British, the position of Alexander Burnes became increasingly untenable. He had become part of the Afghan culture. But he had become associated with the murdering British. And finally a mob descended on his house and Alexander Burnes was killed.
After all these invasions and all the killing, peae was still not to come to Afghanistan. The fighting had spawned the birth of The Taliban. Who, to this day, are instrumental in the running of the country. 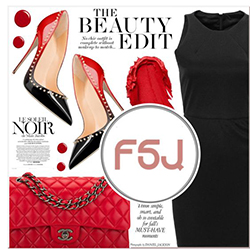